NEWSLETTER #10
ON ATTACKS AND PRESSURE AGAINST HUMAN RIGHTS DEFENDERS

The Solidarity for the Rights of All Network presents Newsletter # 10 on attacks and pressure against activists. The team documents attacks and pressures on the Incident Map through research of publicly available information and interviews with the victims. Since the beginning of 2022, 35 attacks and pressures have been registered, both on those who protect human rights and those who found themselves in that role due to their actions and suffered consequences. The Solidarity for the Rights of All Network is led by the Lawyers’ Committee for Human Rights – YUCOM, Belgrade Center for Security Policy, and the People’s Parliament.

OTHER ATTACKS AND PRESSURES
AUGUST – OCTOBER

Crisis situations require a focused, reactive approach. The two-year epidemiology and safety crisis and the gravest crisis of the democratic Parliament (which is supposed to bring Serbia closer to the European Union) thus far forced the YUCOM team to pay closer attention to and intervene in the work of all branches of government.
The parliamentary elections of 2020 were held without an intense campaign due to and amid the coronavirus epidemic and were boycotted by the majority of opposition parties. The month of June saw the formation of a single-party Parliament but also marked the beginning of large spontaneous protests. The forceful response of the police to the protests took us to Belgrade prisons to prevent torture and complete one of our missions, together with the team of the Protector of Citizens and other non-governmental organizations.
The amendments to the Constitution, which took place since September 2020 in the Parliament, were discussed with the Venice Commission, citizens, and the media. At the beginning of 2022, amendments to the Constitution were adopted by referendum, which marked a new chapter in the monitoring reforms of the Serbian judiciary.
Debates on new regulations were not organized due to epidemiological risks. YUCOM did, however, take the initiative and organize hybrid events – public debates on relevant laws. The Law on the Protector of Citizens was adopted in the fall of 2021 following a public debate that we organized with the help of the UN Mission to Serbia 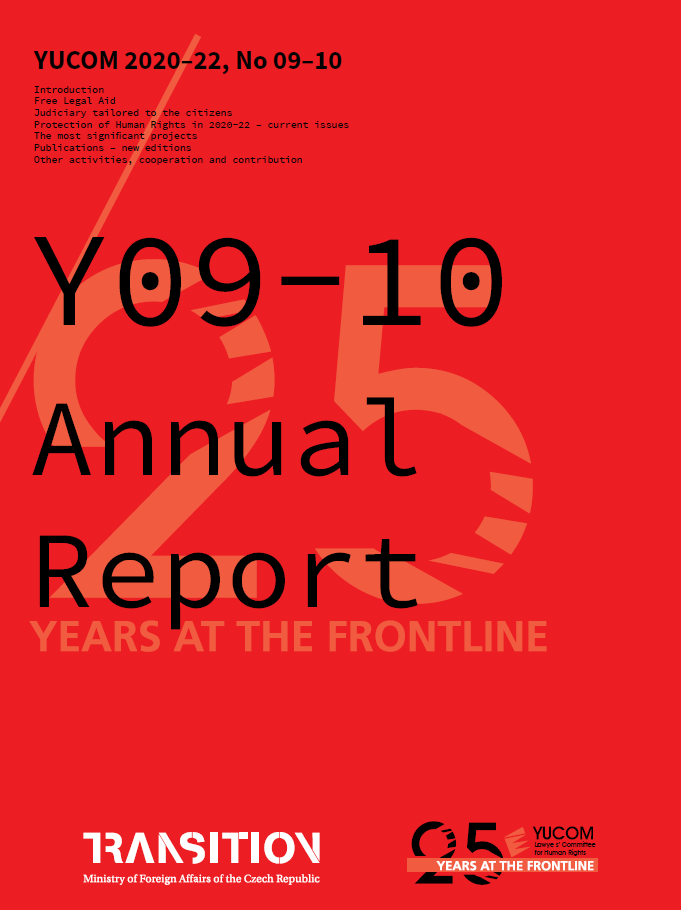 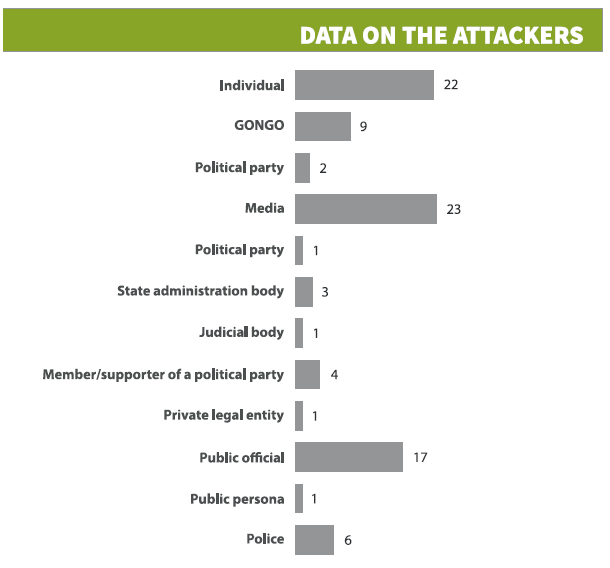 You can report attacks and pressures against your organization and yourself to the contact below with a brief description of the event, date, place and identity of the attacker (if known). We would ask you to submit a contact phone number with the application, at which you can be reached for additional questions.

You can report an attack at e-mail:  office@yucom.org.rs