The civil proceedings should not last more than two years and criminal proceedings a maximum of five. For similar cases, no matter where the trials take place, consistent verdicts will be made, and politics will no longer have an impact on the Judiciary. The state institutions and its officials will be under even stronger control of the independent bodies. Serbia committed itself to all of this by adopting the Action Plans for Chapter 23 and 24 that were opened yesterday in Brussels.

Our interlocutors estimate that citizens will not feel the changes overnight, but that they can be expected in the next five years.

„Blic“ introduces you to the most important provisions of Chapters 23 and 24, that Serbia should fulfill by the end of 2018.

The right to trial within a reasonable period

Among the greatest struggles of the Serbian Judiciary is the length of court proceedings, they are known to „drag on“ even for 10 years, and many cases become obsolete. Since January of this year the Law on the protection of the right to trial within a reasonable period is in effect, which also foresees penalties between 300 to 3000 euros in cases of missing the deadline.

– The Action Plan does not provide specific instructions on how long trials should last. Serbia needs to create a plan of approach to resolving old disputes, and the prerequisite for accomplishing this within a reasonable period is to unload some of the judges who are swamped with a large number of cases – states Maja Bobić, the Secretary General of the European Movement in Serbia.

Due to the length of trials in previous years thousands of citizens appealed to the European Court of Human Rights, which most often passed verdicts at the expense of the State. This Court has developed a practice with which it is possible to establish criteria for the optimal duration of legal proceedings. Reasonable time for civil disputes is two to three years, criminal cases up to five years, and the administrative cases about three years.

No political influence over judges

The independence of the Judiciary, where there is obvious political influence, can be accomplished through the mode of appointment of judges and this necessitates changes to the Constitution. Bobić says that with the implementation of the Action Plan the members of the High Judicial Council and the State Prosecutors’ Council will no longer be chosen by the Assembly.

– The idea is that they become some kind of self-regulatory body and take responsiblity for what they do – she points out. 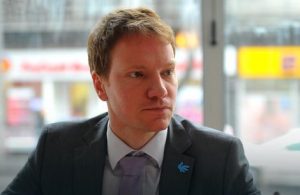 In addition to being more efficient and faster, the Judiciary should have higher quality of work. Milan Antonijević, the director of the Lawyers Committee for Human Rights (YUCOM), says that this means that different courts would not give different rulings on the basis of the same evidence.

– There would be harmonization of court practice – he states.

Serbia was given the task to demonstrate to the EU serious results in fight against corruption in the next five years. Antonijević says that this refers to the completed court proceedings, that will serve to testify that this fight is really efficient.

The Agency for fight against corruption will receive greater powers and the Protector of Citizens and Commissioner for Information of Public Importance can count on better treatment.

– A larger space and more staff will be assigned to the Protector of the Citizens, and the state is committed to discussing his reports regularly at the Assembly of Serbia. The Commissioner for Information of Public Importance can count on something similar, the state institutions will be required to provide him with all information about the privatization of state enterprises, public procurements and other public expenditures – says kaže Maja Bobić.

One of the benefits for the citizens of Serbia is that in the future verdicts in civil and commercial matters will be mutually recognized regardless of whether they were made in Serbia or one of the EU countries. This is especially important for the citizens of Serbia who still have unresolved issues related to inheritance of property in the former Yugoslav republics which are now EU members. Also, this is very important for foreign investors who want to know that same rules apply in Serbia as in other EU countries, in terms of their legal security.

Compensation for victims of crime

Through reforms in Chapter 23 the State will be obligated to provide assistance both to victims of crime as well as suspects.

– This refers to translation services or compenstion for the victims of most serious crimes. This applies to victims of human trafficking and terrorism who have the right to obtain a solution also for compensation through court proceeding conducted by the State ex officio. This would avoid further torment victims endure when they have to seek compensation for non-pecuniary damage themselves through civil proceedings against their tormentors – explains Sonja Stojanović Gajić, the director of the Belgrade Center for Security Policy.