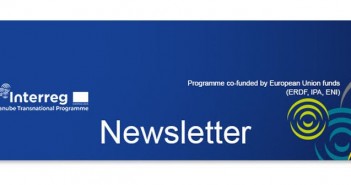 After months of hard work, the DRIM consortium is glad to present the beta version of Danube Compass information tool and it can be visited under the link www.danubecompass.org. 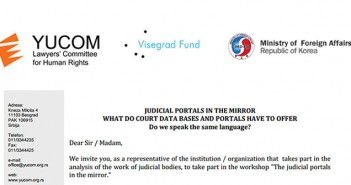 JUDICIAL PORTALS IN THE MIRROR

We invite you, as a representative of the institution / organization that takes part in the analysis of the work of judicial bodies, to take part in the workshop “The judicial portals in the mirror.”

Professional organizations and non-governmental organizations dealing with the promotion of the rule of law and human rights through the monitoring and analysis of the work of judicial authorities rely on the information processed by the court administration and prosecution.

YUCOM’s coordinator received numerous reports of incidents and stone throwing in front of the National Parliament, during which no human rights defender was injured, and a number of smaller incidents in the surroundings, with no injured reported, and maintained an ongoing communication with the Amnesty International which as well had the observers at the parade.
Aleksandar Popovic, vice president of the Democratic Party of Serbia, was spotted in the midst of riots, in which, however, he did not take part, but was observing and was making phone calls, surrounded by the group of hooligans.

The conference Women, Peace, Security was organized by Women in Black and Lawyers’ Committee for Human Rights with the aim to raise awareness about the issue of security of women and women human rights defenders, as well as to discuss instruments for their protection – Resolution 1325 and the so-called UN Declaration on Human Rights Defenders.

The conference was held at the Centre for Cultural Decontamination on October 30th 2008, one day before the Resolution 1325 Day, which was marked by women human rights defenders by visiting the People’s Assembly of the Republic of Serbia.