Training “Monitoring, Reporting and Specificity of Criminal Proceedings for Crimes With Elements of Corruption” held  at Human Rights and Democracy House in Belgrade

On November 6, 2017, Lawyers Committee for Human Rights, with the support of the OSCE Mission to Serbia, held a training “Monitoring, Reporting and Specificity of Criminal Proceedings for Criminal Offenses with Elements of Corruption” at the Human Rights and Democracy House in Belgrade.

Third training “Monitoring, Reporting and Specificity of Criminal Proceedings for Crimes With Elements of Corruption” held at the Law Faculty in Nis

The third out of four planned trainings “Monitoring, Reporting and Specificity of Criminal Proceedings for Criminal Offenses with Elements of Corruption” was held at the Law Faculty in Nis on October 27, 2017. Training was intended for students of the final year at the Faculty of Law and students of master studies, willing to engage in the legal clinic. It was organized as part of the project “Empowering students of law clinics to follow corruption trials”.

YUCOM attended Fifth Assembly of the Coalition for REKOM in Sarajevo

On the 26 and 27th of June, YUCOM participated in the Fifth Assembly of the Coalition for REKOM and in the Forum for Transitional Justice in Post-Yugoslav Countries, which were held in hotel Holiday Inn in Sarajevo, Bosnia and Herzegovina. Amir Kulaglić and Vesna Teršelič opened the Assembly, noting that the consultation process is completed successfully adopting statute of REKOM at the last session, when new strategy was defined and important decisions were made for routing further course of action. Vesna Teršelič expressed hope that the Assembly would pose as an incentive, since the need for establishing REKOM still exists.

The cardinal points of the adopted agenda were related to the amendments to the statute of Coalition for REKOM and to the reporting on the activities of REKOM. The proposed statute changes are cosmetic and structural, but more importantly also quintessential. The latter is related to former Art. 14, which is Art. 15 in the proposed statute, Art. 26 or Art. 32, Art. 27 or Art. 33 in the proposed new statute, while Art. 22 was removed. Upon completion of the hearing on the amendments and it was concluded that the changes relate to Article 3 of the former statute, Article 9, paragraph 3 and paragraph 5, Art. 23, paragraph 1, paragraph 2, paragraph 10 and paragraph 12. 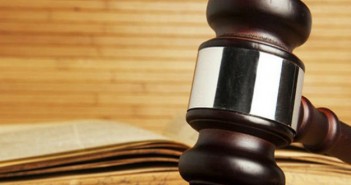 Reports produced in previous years by EU and others, related to the stage of Serbian Judiciary is mainly pointing out considerable duration and significant backlog of cases, lack of possibilities to enforce court judgments, and corruption. 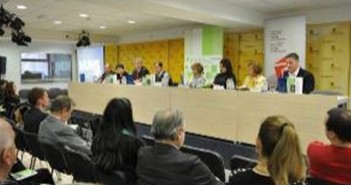 Our intention with this project was to contribute to creating a constructive dialogue between representatives of public authorities on one side and citizens on the other regarding possible ways of how this constitutional right to petition and recommendation can be realized, in the goal of alleviating some of the confusion which might surround these issues (do the public authorities have special departments and procedures which regulate how petitions and other recommendations are replied to; what are the main obstacles for replying to petitions and recommendations) and to thoroughly investigate the facts so as to be able to make precise recommendations for further handling of the matter. 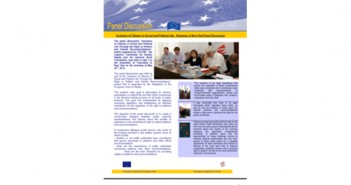 The project’s main goal is advocating for citizens’ participation in political life and their direct involvement in the decision-making process on all levels of public authority. This goal can implemented by adopting necessary legislation and establishing an effective mechanism for the regulation of the right to petitions and recommendations. The objective of the panel discussion is to create a constructive dialogue between public authority representatives and citizens about the models of realization of the constitutional right to submit petitions and recommendations.

Serbia made progress in arresting suspects indicted by the International Criminal Tribunal for the former Yugoslavia (Tribunal) and in prosecuting war crimes in domestic courts. Discrimination against minority communities and impunity for inter-ethnic violence continued in both Serbia and Kosovo. The UN Interim Administration Mission in Kosovo (UNMIK) failed to address impunity for human rights violations by the international community and for war crimes in Kosovo, including enforced disappearances and abductions. Few refugees voluntarily returned to Kosovo. 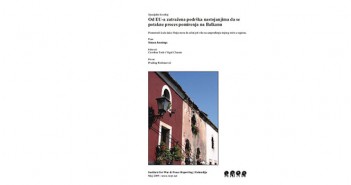 Though the European Union has played an important role in bringing justice to thousands of victims of the wars in the former Yugoslavia, observers warn that the bloc is falling short in terms of fostering wider reconciliation and stability in the region.

The EU strategy of conditioning the progress of ex-Yugoslav countries towards joining the union on their cooperation with the International Criminal Tribunal for the former Yugoslavia, ICTY, has been a primary tool in making sure the perpetrators of war crimes face trial and victims see justice.  This so-called “Hague conditionality” policy has been key to securing the arrest of suspects, as well as the handover of documentary evidence needed to aid prosecutions at the court, at which a total of 161 individuals suspected of war crimes have been charged and 60 convicted.

Final Report: Monitoring the Implementation of the Access to Public Information Acts in Croatia, Bosnia and Herzegovina and Serbia

Within the framework of a regional project “Monitoring the Implementation of the Access to Public Information Acts in Croatia, Bosnia and Herzegovina and Serbia by Public authorities, by Means of Carrying out a Survey and Sending Inquiries for Access to Information”, jointly implemented by the Croatian Helsinki Committee for Human Rights, Access to Information Center Sarajevo, and YUCOM in early may 2005, an analysis of the implementation of respective freedom to public information acts in Serbia, Bosnia and Herzegovina and Croatia was carried out.

During May 2005 the partner organizations adjusted a common monitoring methodology and adapted it to all three countries’ specifics. This methodology was based on the methodology the Open Society Justice Initiative applied in a similar survey carried out 2003 in five countries (Armenia, Bulgaria, Macedonia, Peru and South Africa). 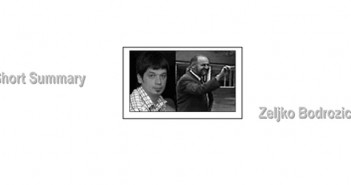 The Case of Željko Bodrožić

On October 26, 2006 (to be delivered to the accused at February 15, 2007), the Supreme Court of Serbia, in a chamber that resided judges Dragiša Djordjević, president, and Slobodan Rašić, Gligorije Spasojević, PhD, Sretko Janković, MA, and Goran Čavlin, members, have decided to OVER-RULE AS INCONSEQUENTIAL the demand for the protection of the legality (due process of law), of the republican public prosecutor Jovan Krstić, who have requested annulation or revision of the decision KJ.36/02 of Municipality Court in Kikinda from May 14, 2002, and decision kž 409/02, of the same court, from November 20, 2002, and thus not to reveal Željko Bodrožić from the accusation of committing a crime of defamation and libel, described in Article 93/2 of the Serbian Criminal Code, against private prosecutor Dmitar Šegrt.